Danseuse Alakananda Roy is back with a production on Jesus Christ to be performed again by inmates of correctional homes of West Bengal. 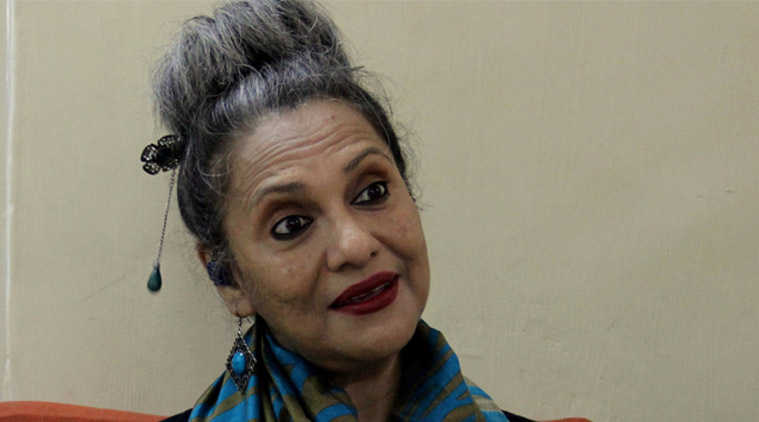 Danseuse Alakananda Roy, who introduced ‘culture therapy’ for prisoners with a Tagore dance drama about seven years ago, is back with a production on Jesus Christ to be performed again by inmates of correctional homes of West Bengal.

‘Dhrubajyoti Tumi Jishu’ (Jesus You are the Pole Star), conceptualised by the noted danseuse, will have Rabindranath Tagore’s songs serving as the background score.

“The songs of Tagore can express different moods and feelings in all situations. I chose his ‘Puja’ (worship) series songs to evoke the spirituality and serenity in obeisance to the Supreme Being,” Alakananda told PTI.

Her first production involving convicts, ‘Valmiki Pratibha’, was also written by Tagore on robber Ratnakara’s transformation to sage Valmiki, who would compose Ramayana.

“The Bible Society had approached me and I said what about using Tagore songs in my own way. And they gave me full freedom,” Alakananda said about the production to be staged in Kolkata Book Fair, and for the second time after August 17.

“I work from heart and I ask my children to follow their heart. That is the true religion, of mankind. Tagore spoke about this religion,” the danseuse said.

Asked how she initiated the actors for the show, she said, “I ask them to meditate everyday. Collective meditation is important. This prepares them for the bigger act, the show. And they do it from the heart.”

The songs, one of which has been rendered by former IG (Prison) B D Sharma, are imparted western touch for a contemporary feel for the collage of dance and music.

The show will be presented by Alakananda founded Touch World group, NGO Rare Earth Foundation and the department of Correctional Homes of the state.

Alakananda had also staged a drama with prison convicts a year back on Emperor Ashoka, focusing the metamorphosis of ‘Chandashoka’ to ‘Dharmashoka’.