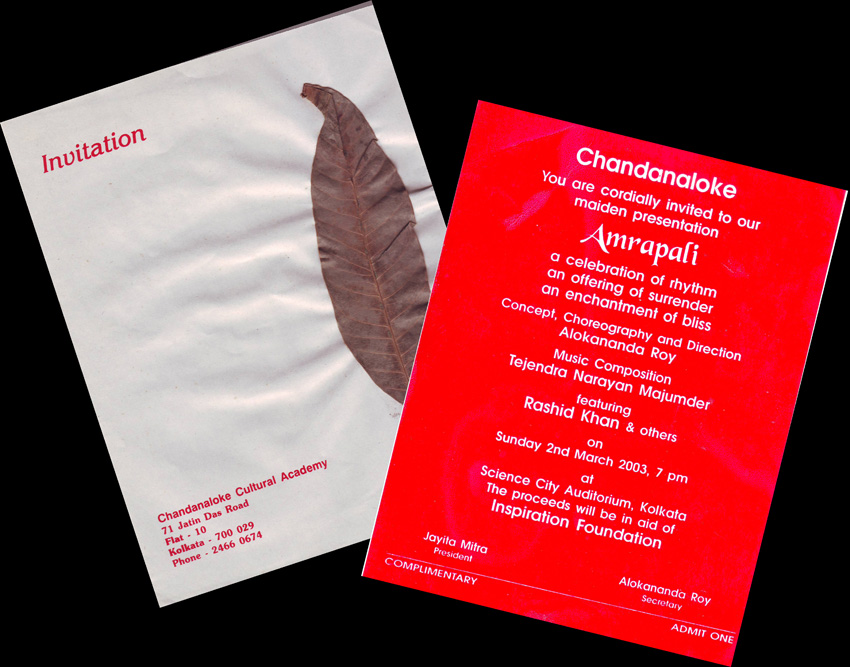 Set to the background of Medieval Indian politics and Buddhism is a story that contests loyalty to deceit , renunciation to conquests and art’s beauty to war’s mayhem. The neighbouring kingdoms of Vaishali and Magadh were never at ease. Vaishali fiercely defended Magadh’s conquest and defeated the king Bimbisara, time and again. However king Bimbisar was relentless with the wars. During his conquest he came across Amrapali the patriotic and righteous courtesan of Vaishali and fell in love with her.

Unaware of Bimbisara’s identity Amrapali requested him to stop the war and he complied with. Bimbisara did not disclose his identity to her with the apprehension of rejection, married her and had a son. Later, when Bimbisara revealed his true identity to her she was shocked and hurt. To pacify Amrapali, Bimbisara reinstalled the independence and sovereignty of Vaishali and asked her to come with him to Magadh. But she being a patriot refused to leave Vaishali and stayed on with her son. Eventually as the people of Vaishali got to know about the liaison between their royal courtesan and the enemy king Bimbisara, they wanted to kill Amrapali’s son. As an attempt to save the life of her son, she sends him away to his father Bimbisara. She is prosecuted for being a traitor and deserted by her own countrymen. Being misunderstood by everyone she allows her renunciation at the feet of Buddha for solace and joins the monastery.

Ms Roy designs this poignant story with varied forms of Indian classical dance and music combining, yet retaining individual flavour. The compositions by Pandit Tejendra Narayan Majumdar, brings together Indian classical music and Buddhist chants in Pali, together, to weave the magic of the era. While the eclectic costumes, stage properties and lighting effects transcends the audience to a surrealistic plane. 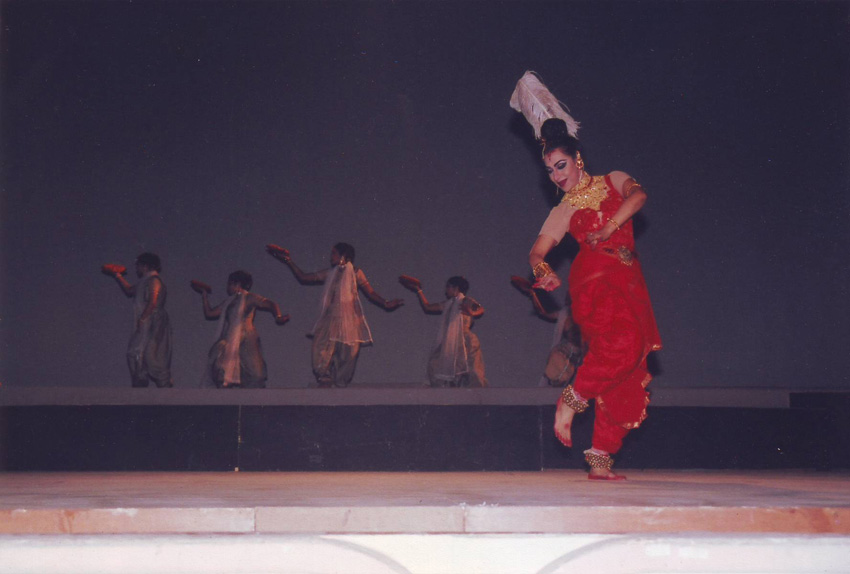 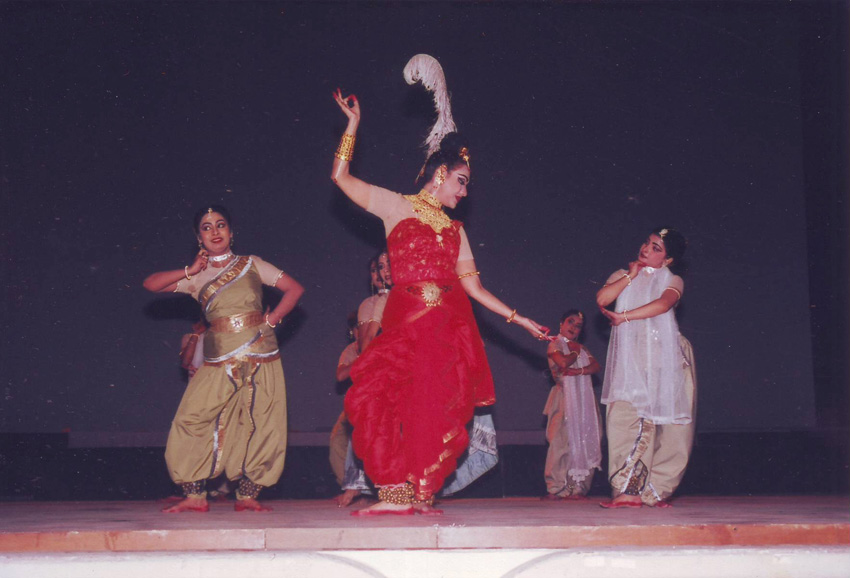 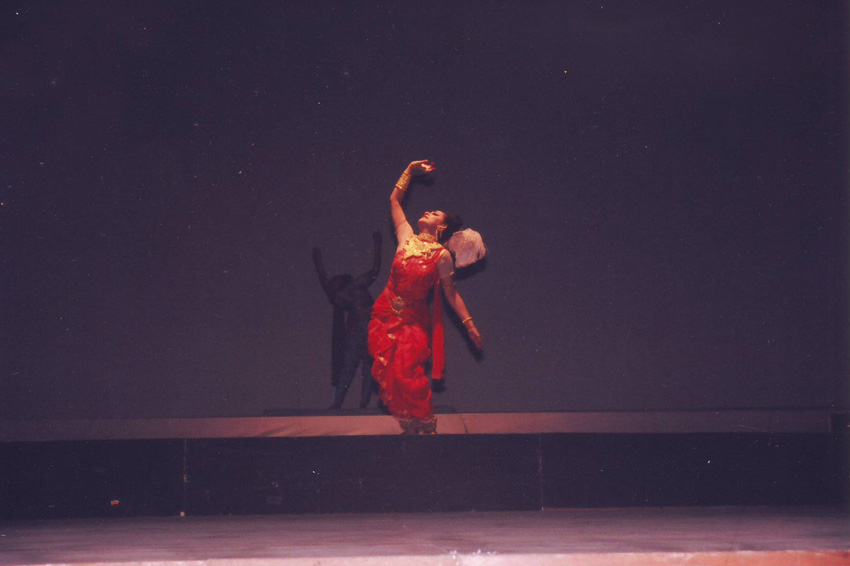 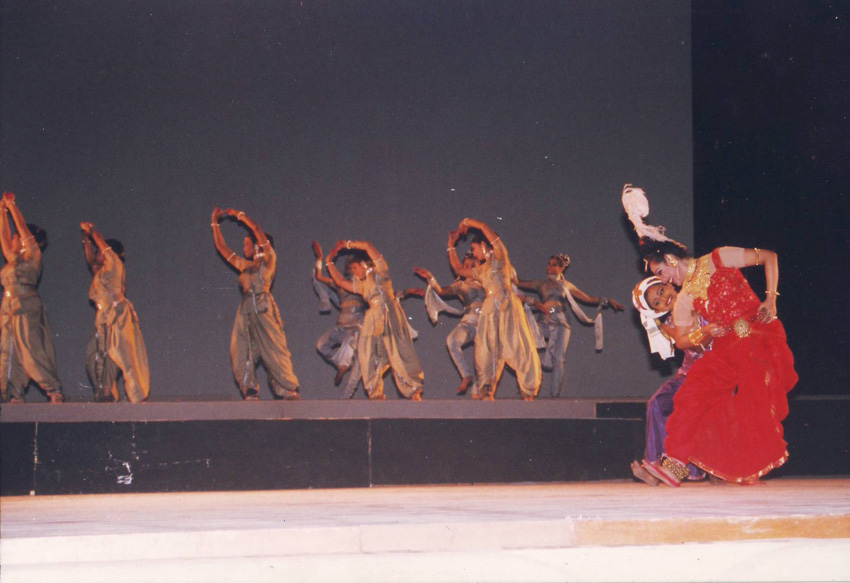 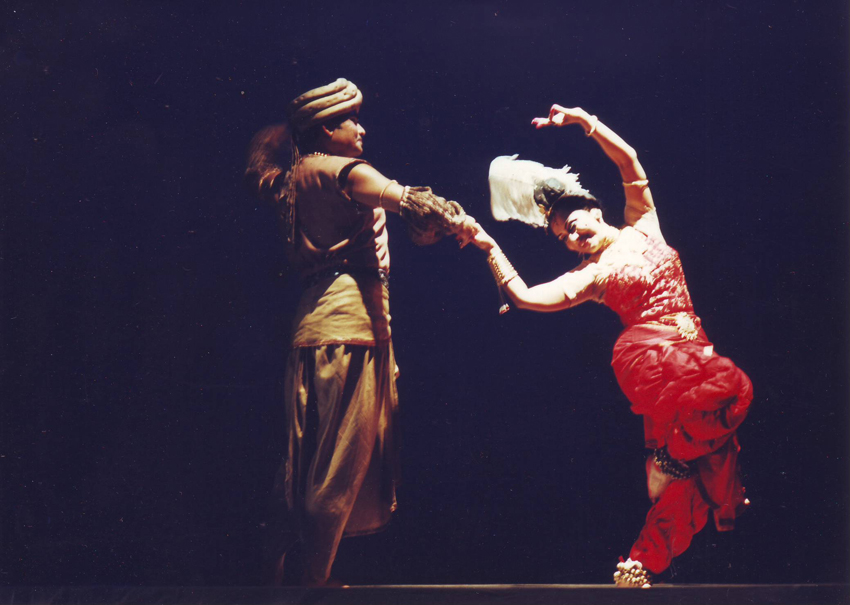 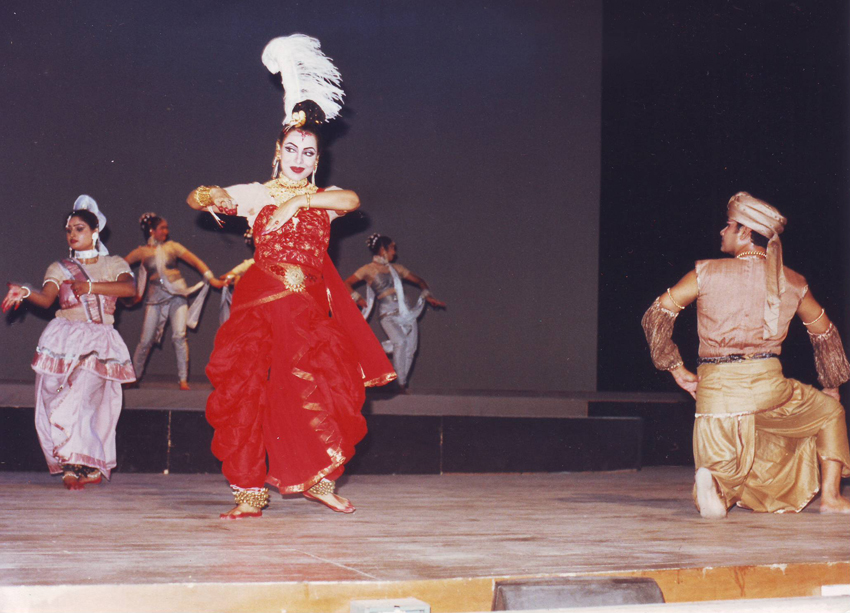 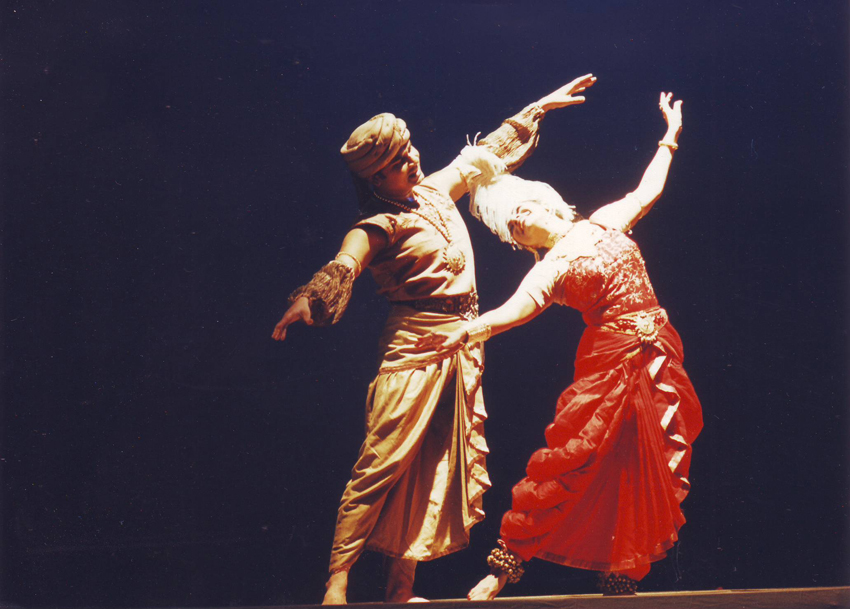 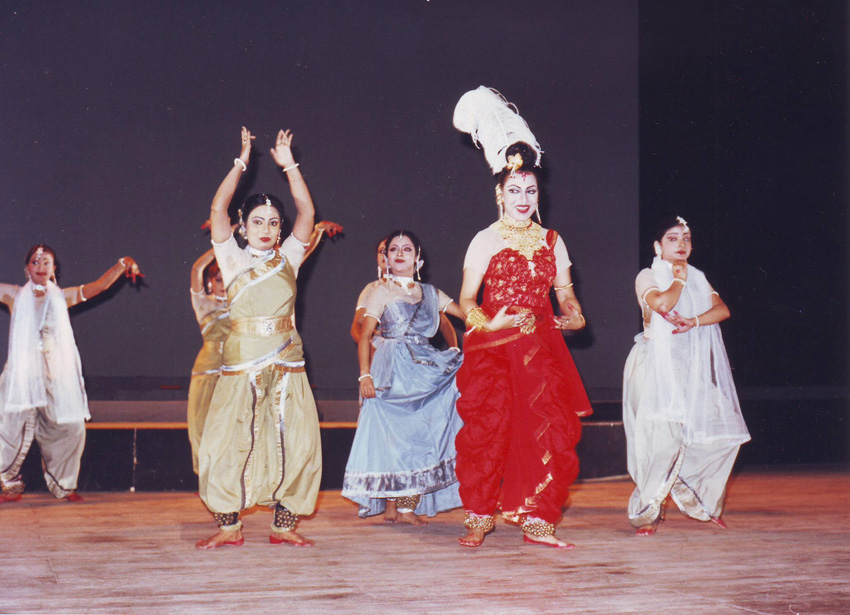 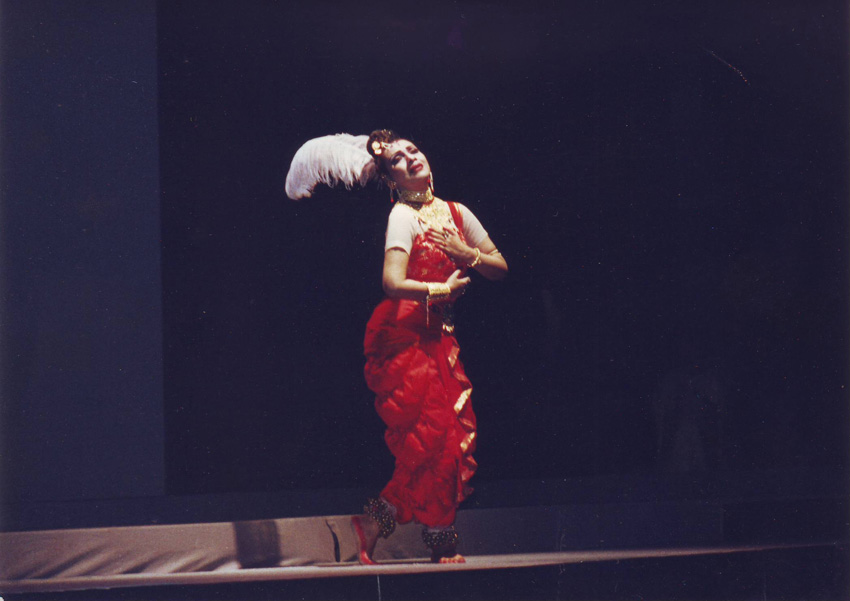 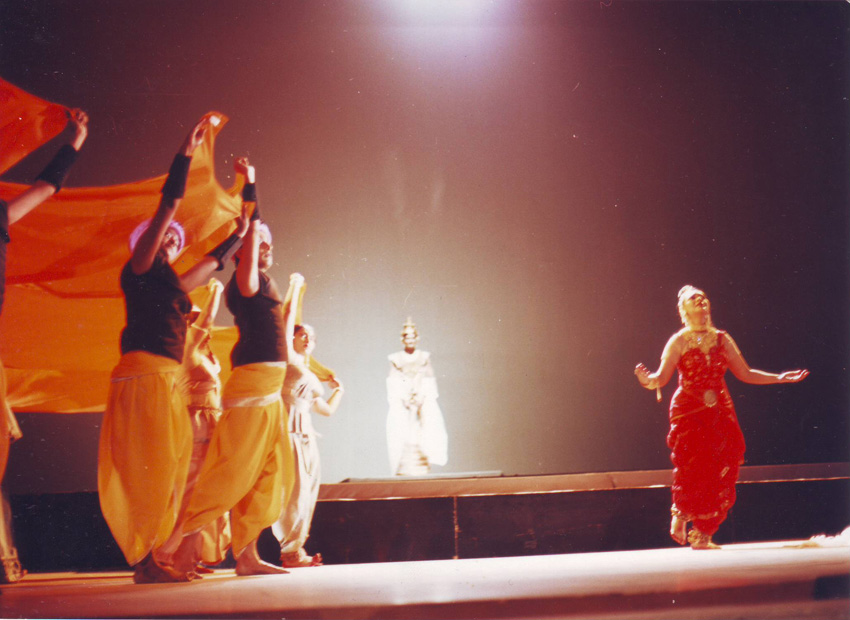 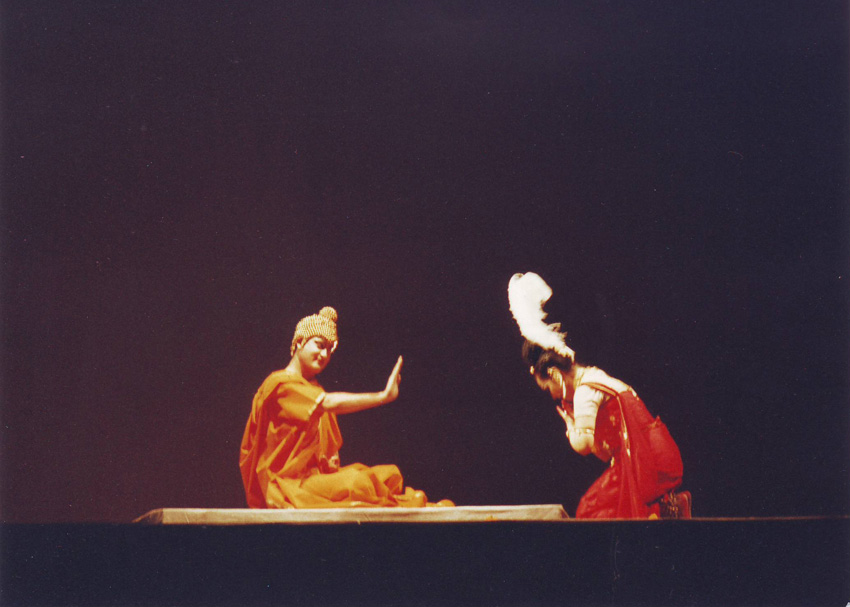 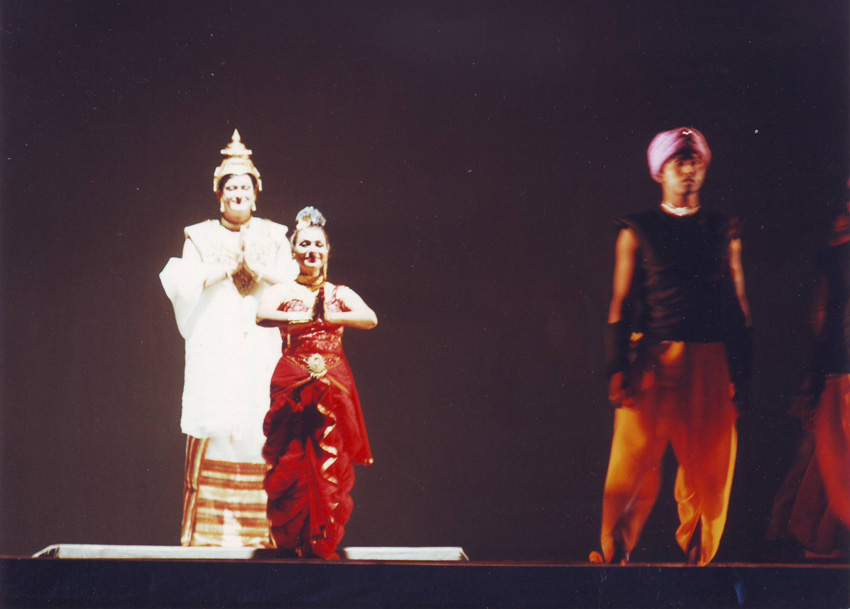 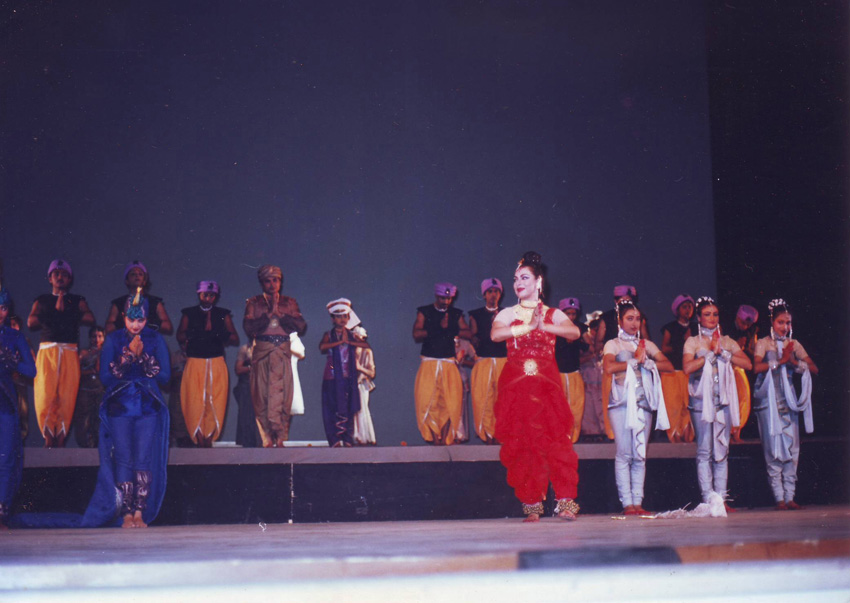