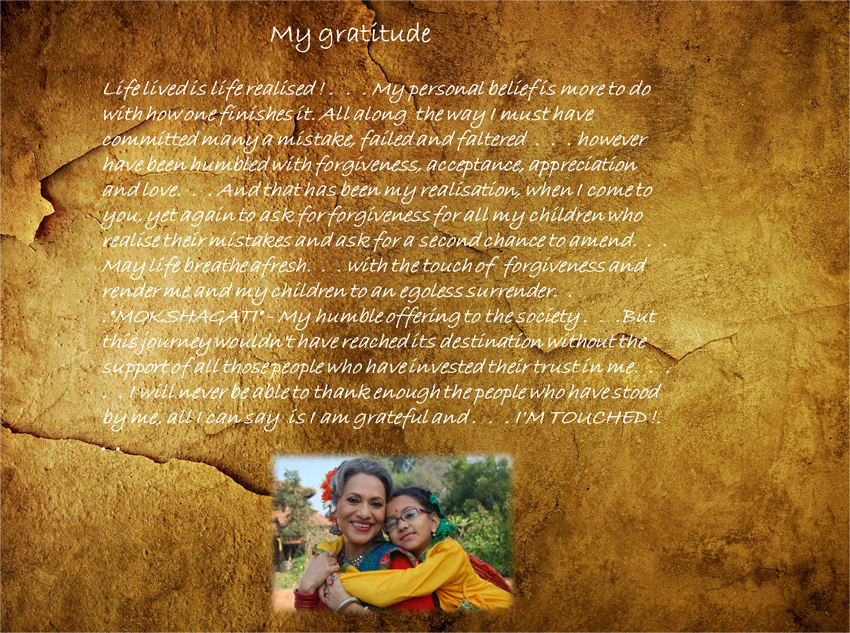 Mokshagati is an unique experimental presentation of a film that is projected as a parallel, on the backdrop to a stage performance on the foreground. The story is inspired by the transformation of Emperor Ashoke, from a merciless conqueror to an ambassador of peace and benefactor of humanity. Opening staged on the 24th March 2013 at Rabindra Sadan.

The story of a merciless warrior king, is narrated by Bharati Amma who is mother to all Indians. The king’s mindless wars to satiate his greed for conquest, costs countless lives. Bharati Amma’s repeated pleas to win hearts rather than win battles, meets un-acceptance by the adamant and insensitive king. On one such conquest, he wages war on the peace-loving son of Bharati Amma, Kalinga. Unaware of the kings advances Kalinga and his small hamlet, is lost in the confines of nature and music, creating a serene picture of undiluted tribal life. None the less, they being fierce tribal fighters, put up a bold resistance to the sudden attack. However they succumb to the massive impact of power and manslaughter. Bharati Amma is aggrieved by the loss of her other son and condemns the king’s conquest. Seeing the plight of his mother, the king for the first time notices the colossal destruction and losses from the war.

He realises his mistake that cannot be undone. Overcome with guilt and shame his heart longs for redemption. He releases the prisoners of war, allows all religion and communal co-exsistance, reconstructs the destroyed. But in vain his heart does not feel at peace and he turns to self-confinement. Seeing the agony of guilt and repentance, Bharati Amma in her incarnation as Mokshada – She who leads to salvation. Brings the dead Kalinga back to life and asks him to forgive the king as well as release himself from the hurt. Kalinga, complies to Mokshada’s request and appears to the king in confinement, to forgive and offer the Saffron robe of Peace. The moment of forgiveness by the wronged, erased the guilt and ego of the king, surrendering him to Mokshada and embracing renunciation. The mindless turbulence of power humbles into the rhythm of life and peace.

The film projection sets the backdrop and ambience along with the emotional content to, the on stage live performance. The project was incepted keeping rehabilitation of the reformed ex-convicts in focus. Combining the dual techniques of film and dance theatre a singular script merged the performances of professional performers on screen alongside the live performance of the inmates of the Correctional Homes. The parallel, live and virtual performances thereby reinforce an example of realignment with the society. 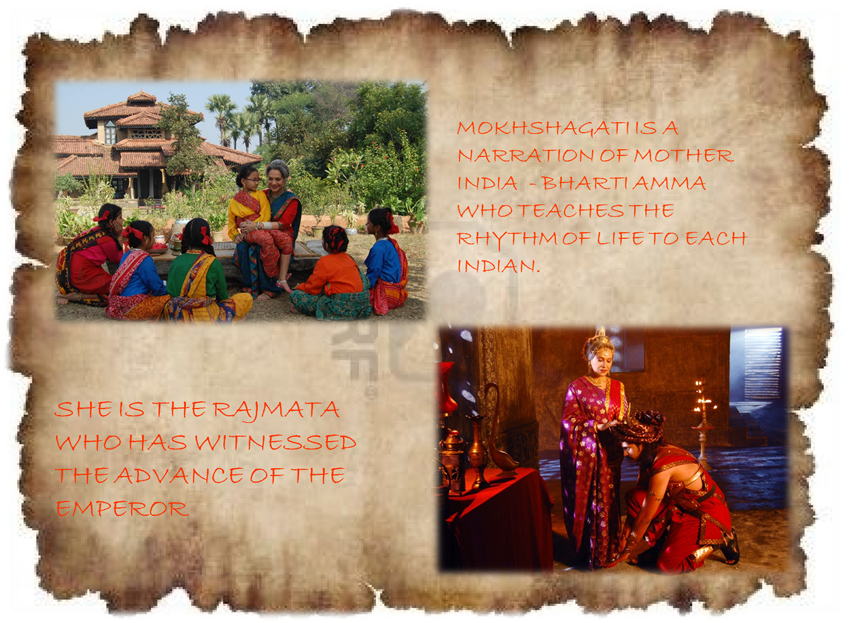 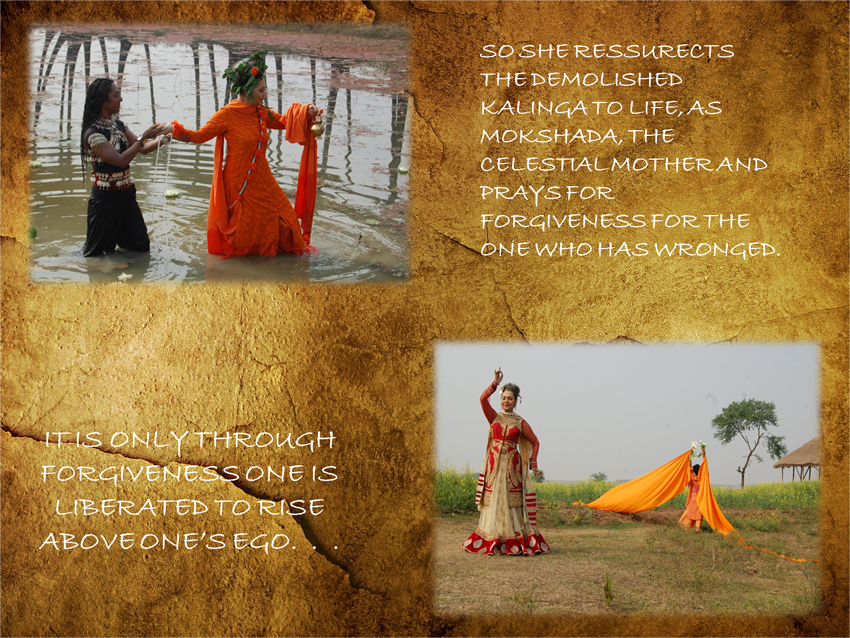 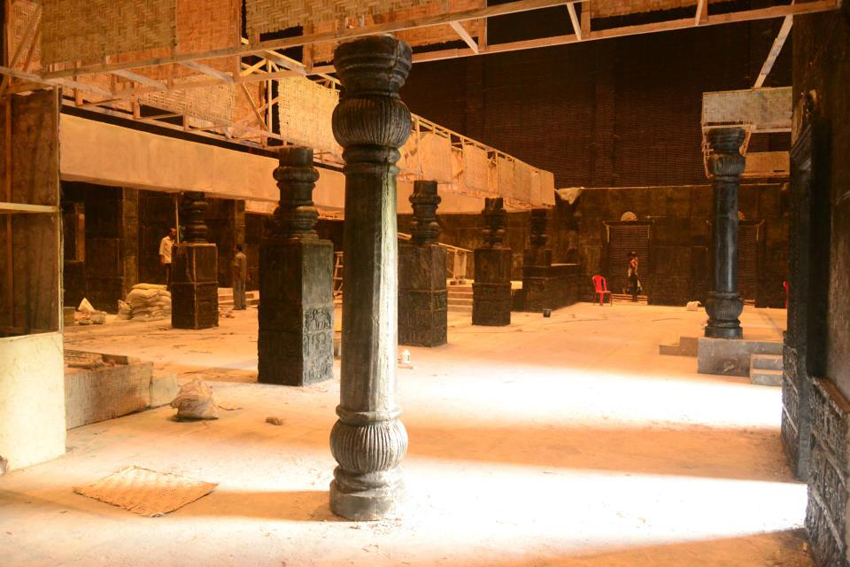 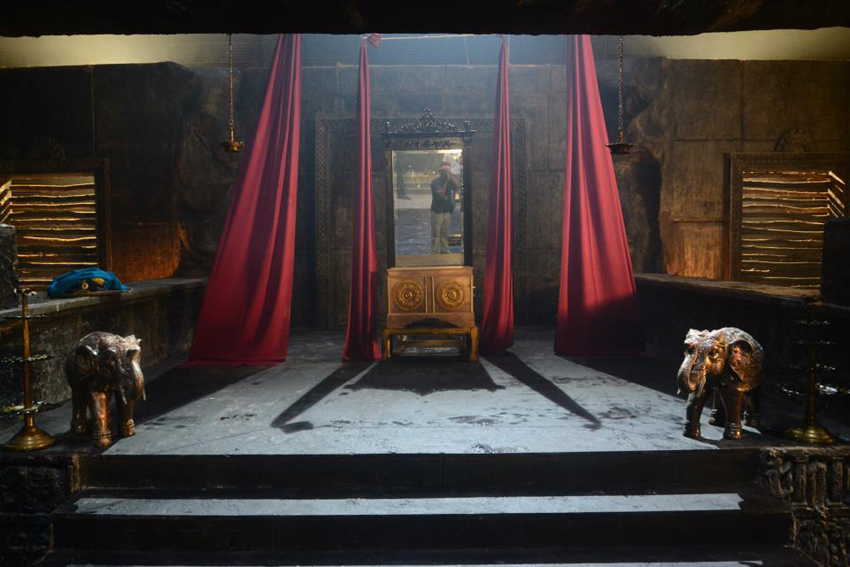 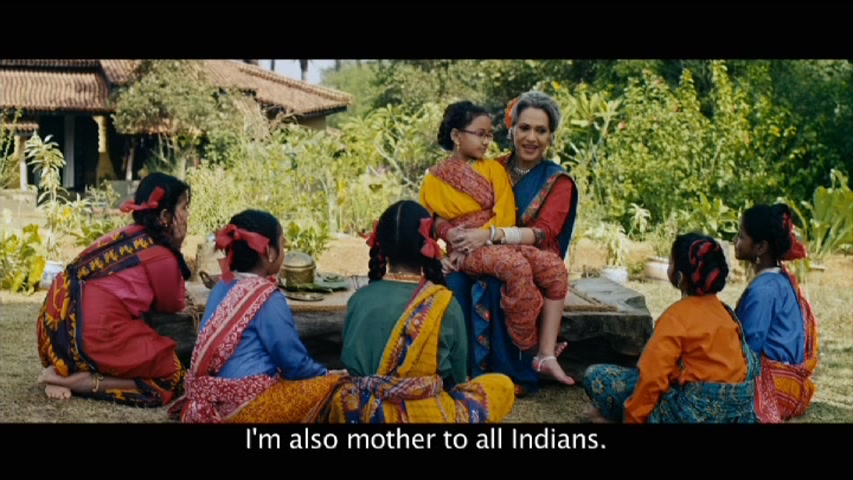 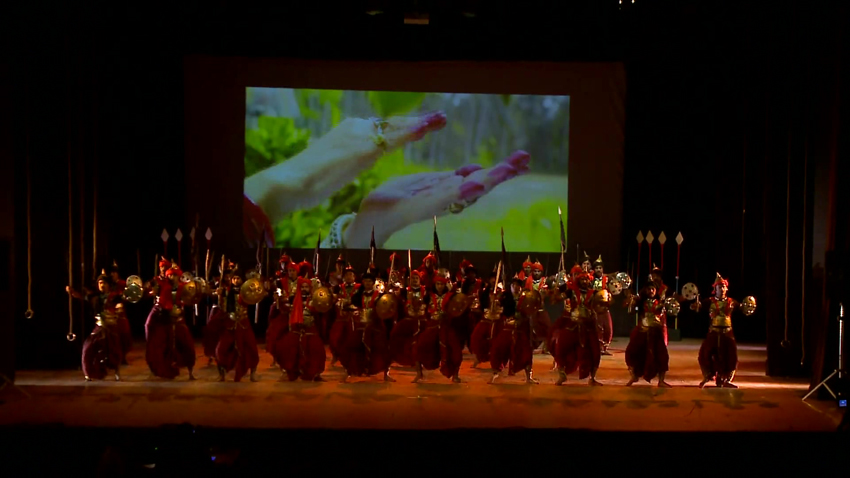 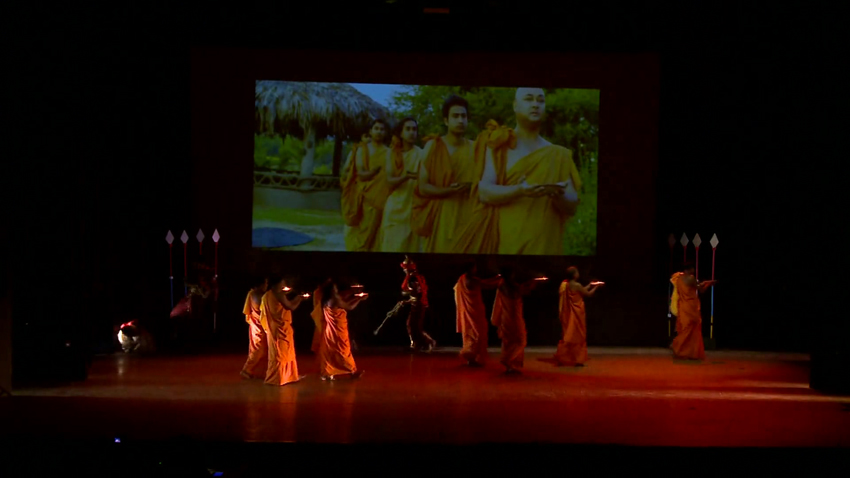 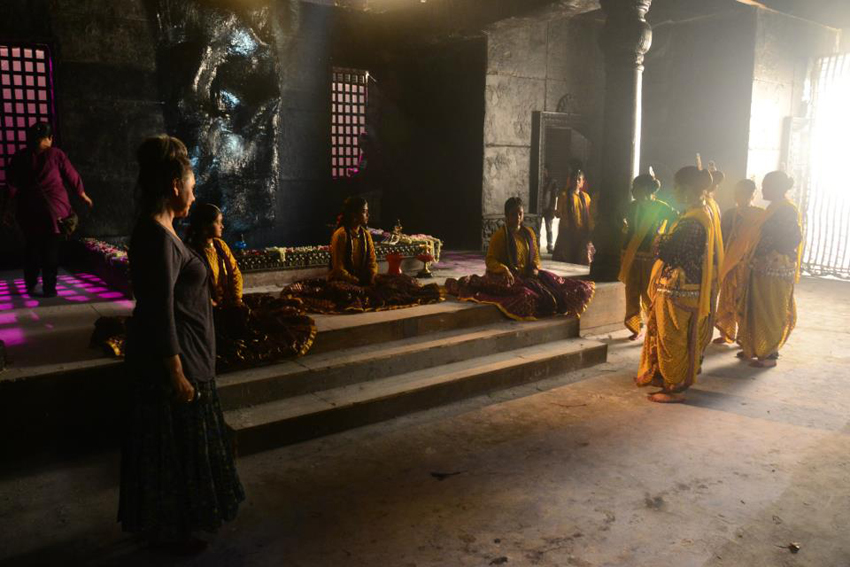 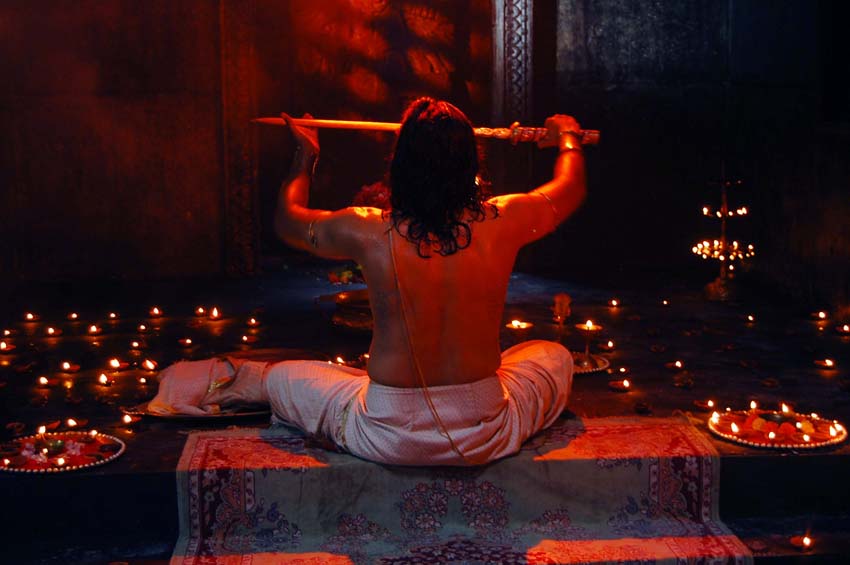 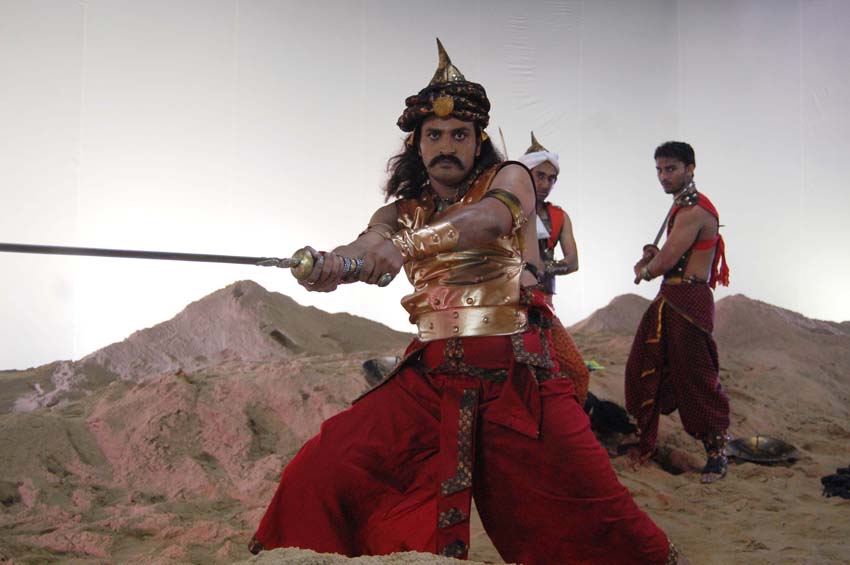 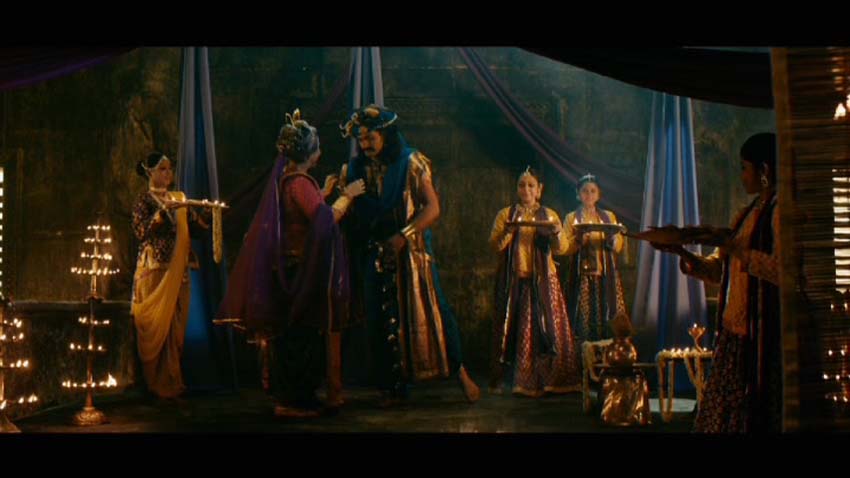 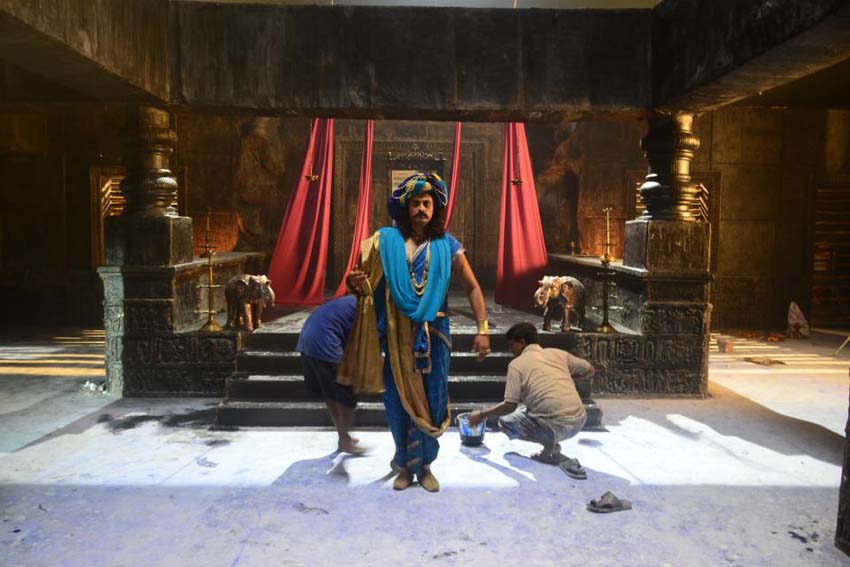 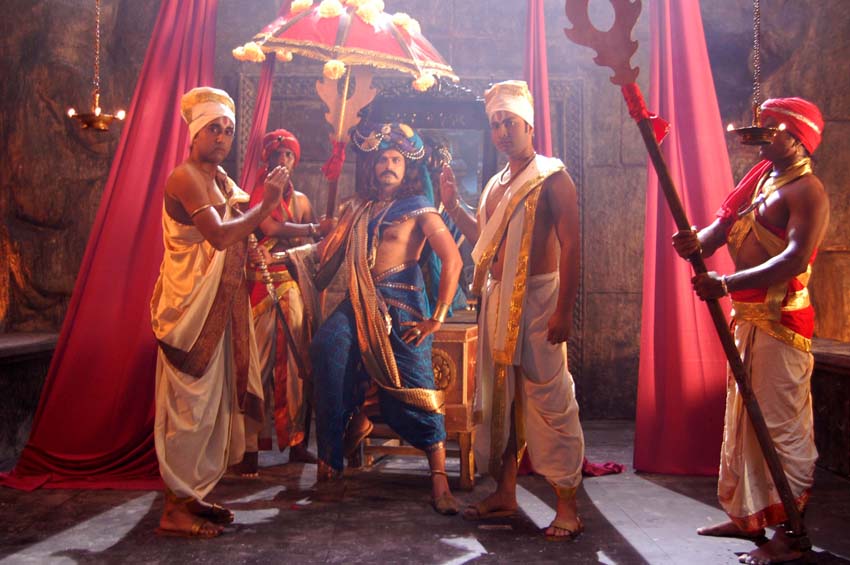 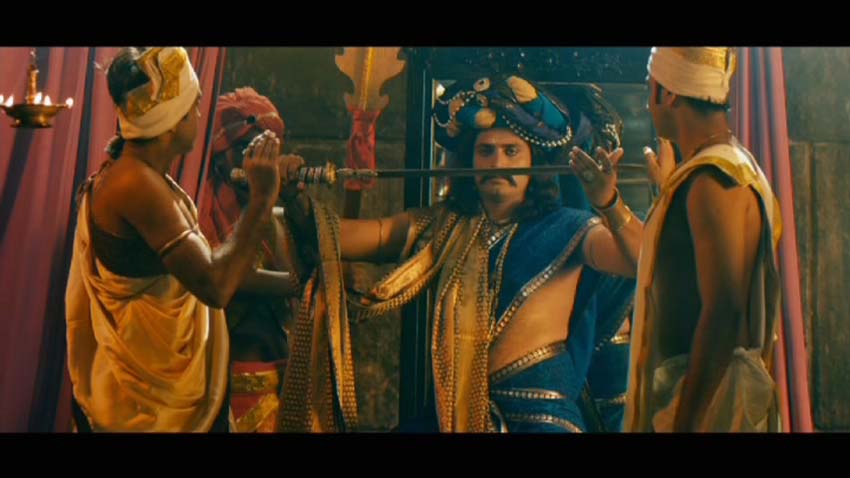 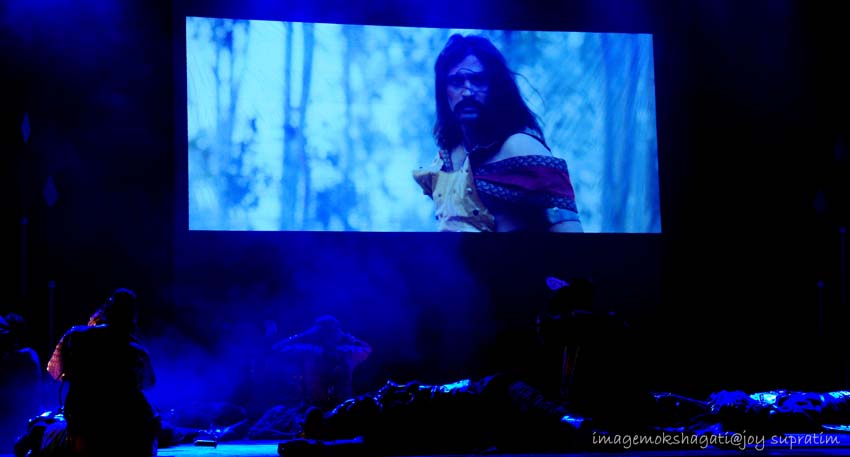 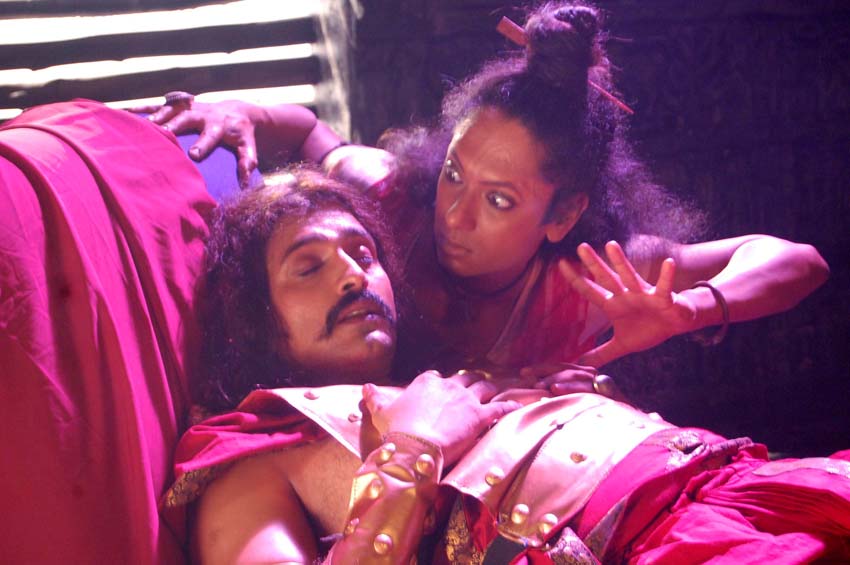 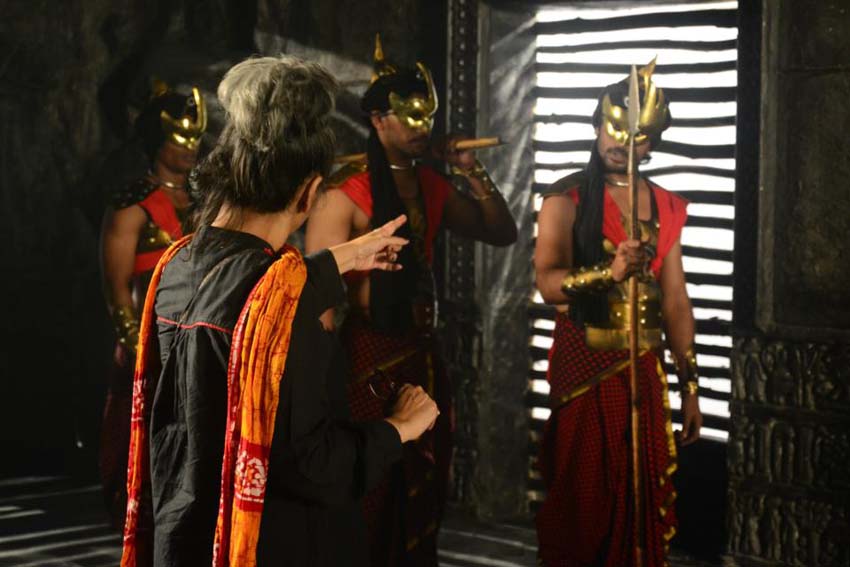 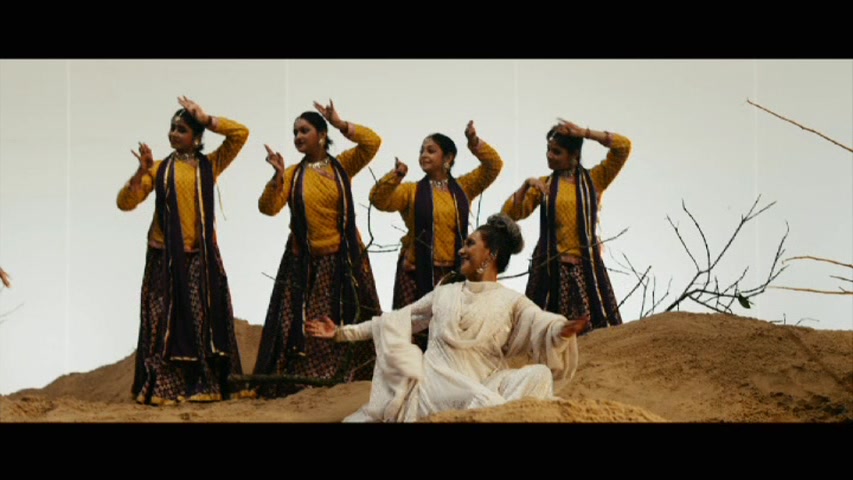 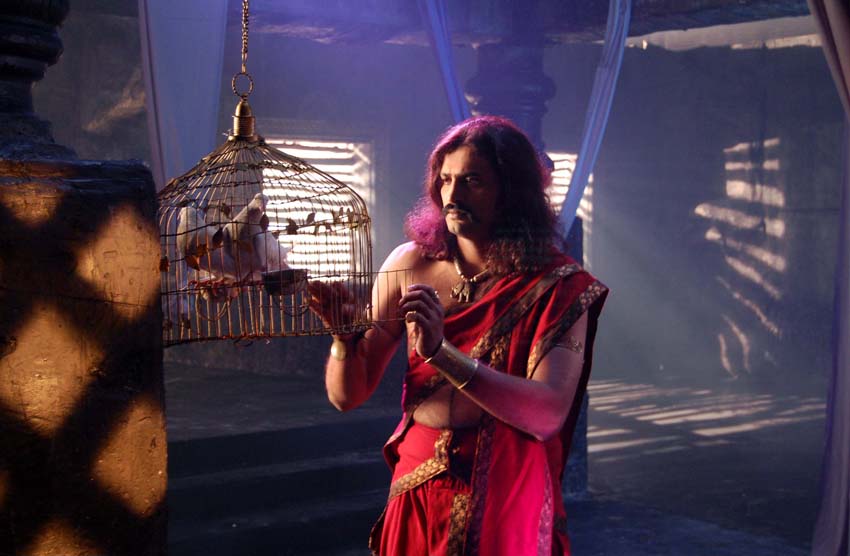 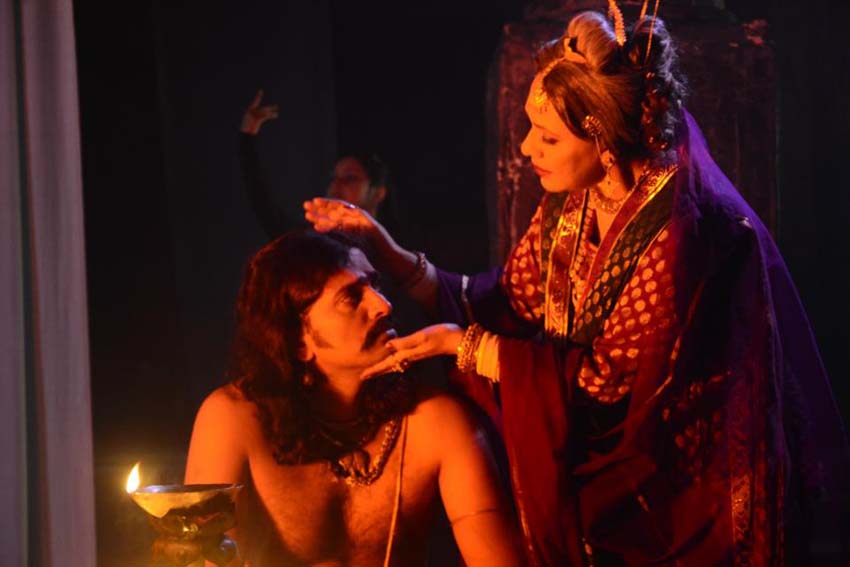 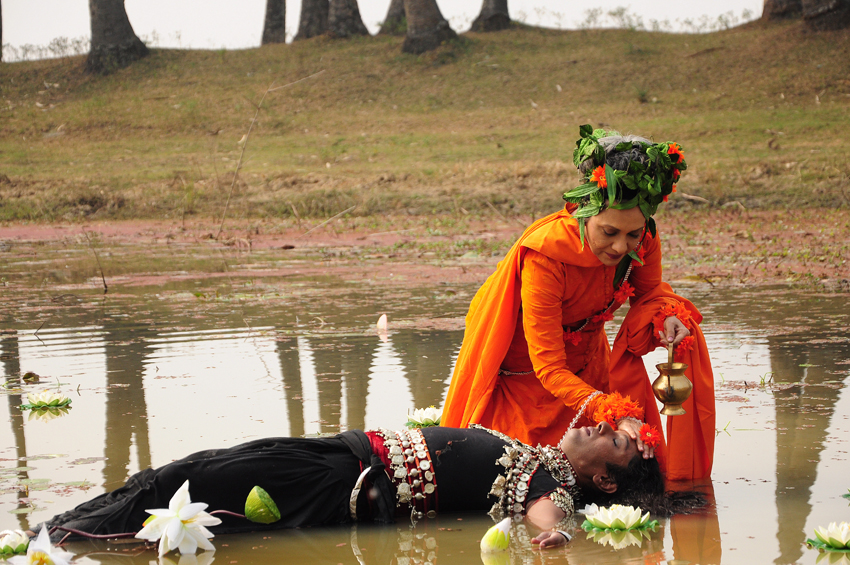 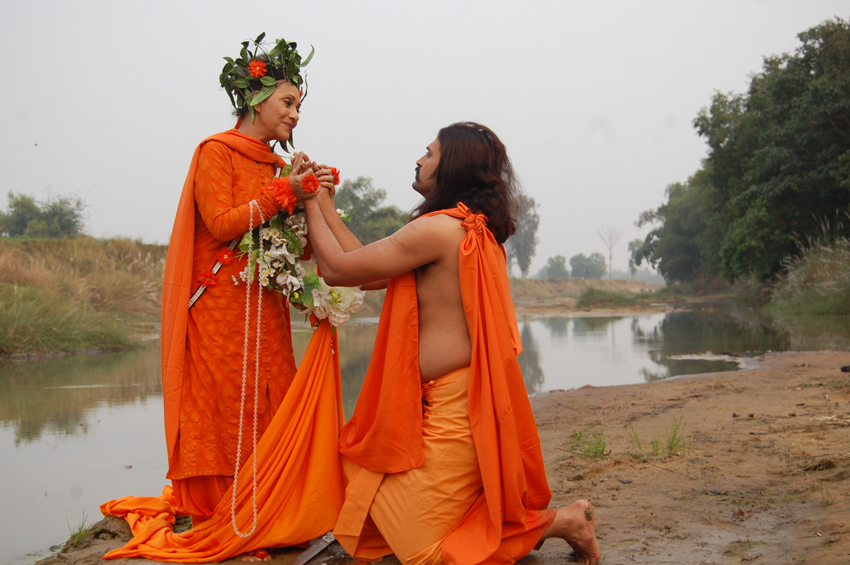 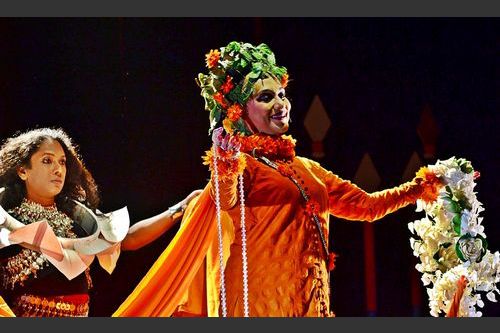 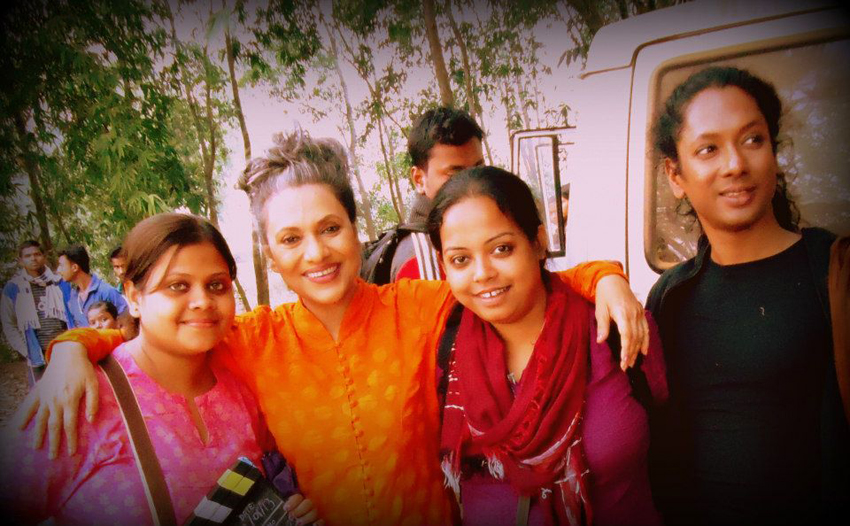