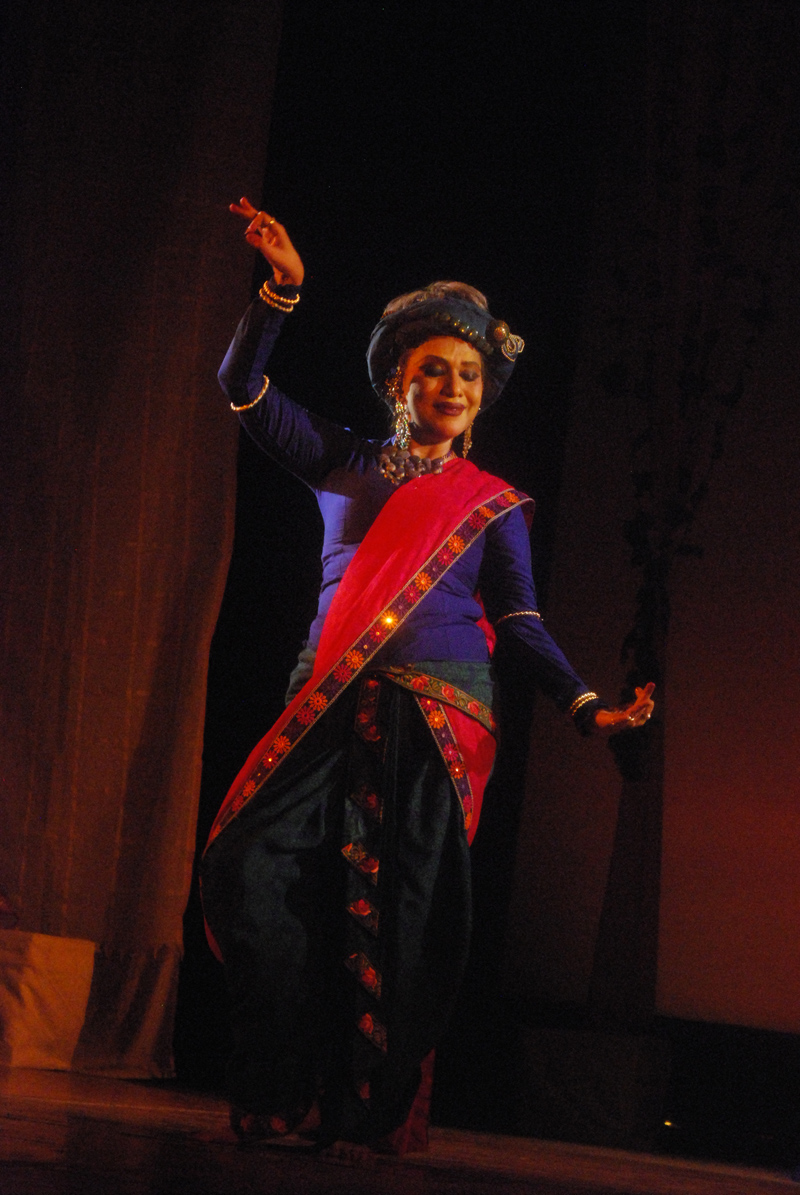 An episode from the great Indian epic Mahabharat, gets adapted intoTagore’s dance drama Chitrangada. Ms Roy has experimented with varied styles of stage narratives and this version of Chitrangada is a solo performance along with the symbolical characterisation of Arjun and Madan, by two varied coloured drapes. This particular script has been recomposed by the veteran Rabindra Sangeet singer Ms Suchitra Mitra, basing on R. N. Tagore’s poetry- Nahey Shamanno Nari ( Not a mere ordinary women).

The king of Manipur begets an only daughter, Chitrangada. Which is why, she was brought up like a prince. She was a fierce warrior, and protector of her people. Arjun the legendary archer, on a twelve year exile came to Manipur to meditate and penance. Chitrangada saw him in the forest, while she went hunting and fell in love with him. Until now she had believed herself to be manly and had known no feminine feelings. She proposes her love to Arjun, which is rejected by him on the pretext of celibacy. Hurt and dejected she prays to Madan, the gods of love for her metamorphic change to a beautiful feminine woman. Arjun is smitten by the irresistible charm of the transformed Chitrangada and falls in love with her. When bandits attacked the villages of the kingdom, he gets to hear about the valour of the princess of the land who rules and protects her subject. Impressed and intrigued by the tales of the powerful ruler he get curious to know Chitrangada; she who is equipotent as him. Chitrangada, apprehensive of being misunderstood was initially reluctant to reveal her true identity to Arjun. Eventually gives into Arjun’s admiration for her other-self, and proclaims her true identity. Thereby, establishes this torchbearer of feminism, of ancient India- Chitrangada. 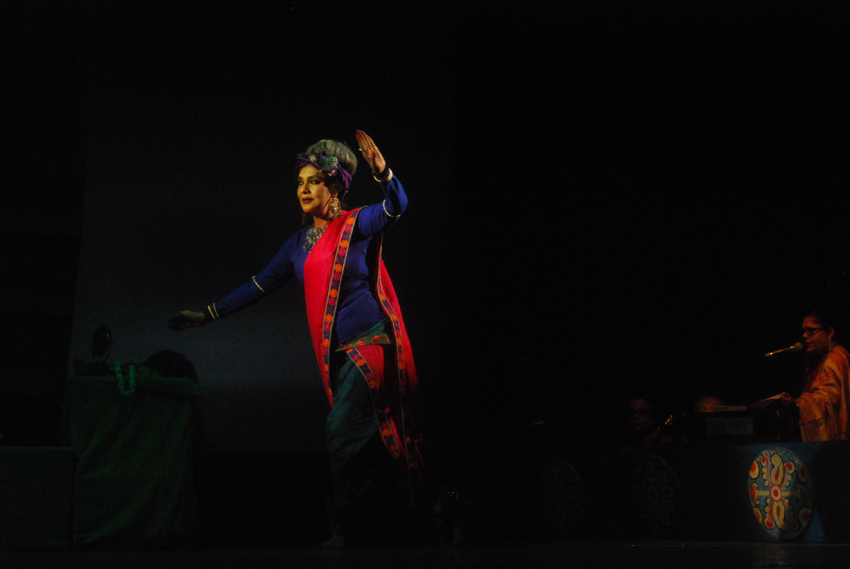 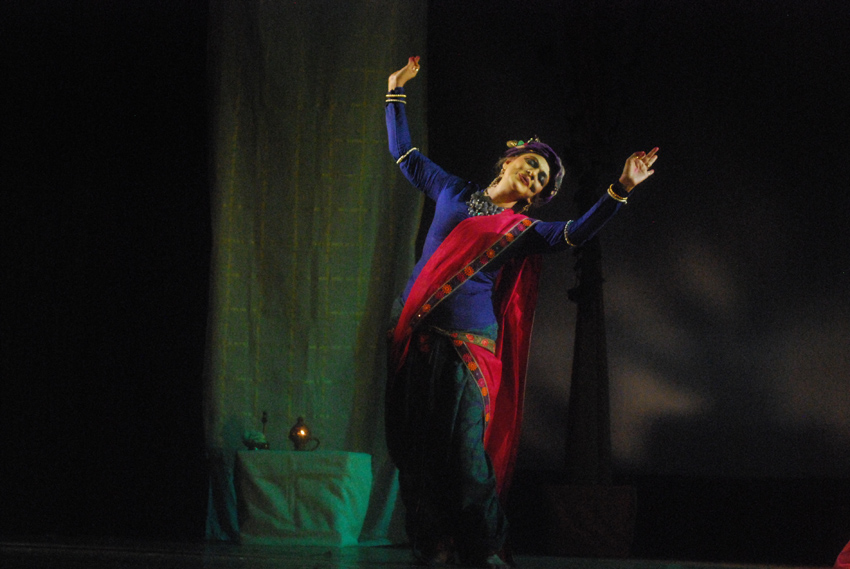 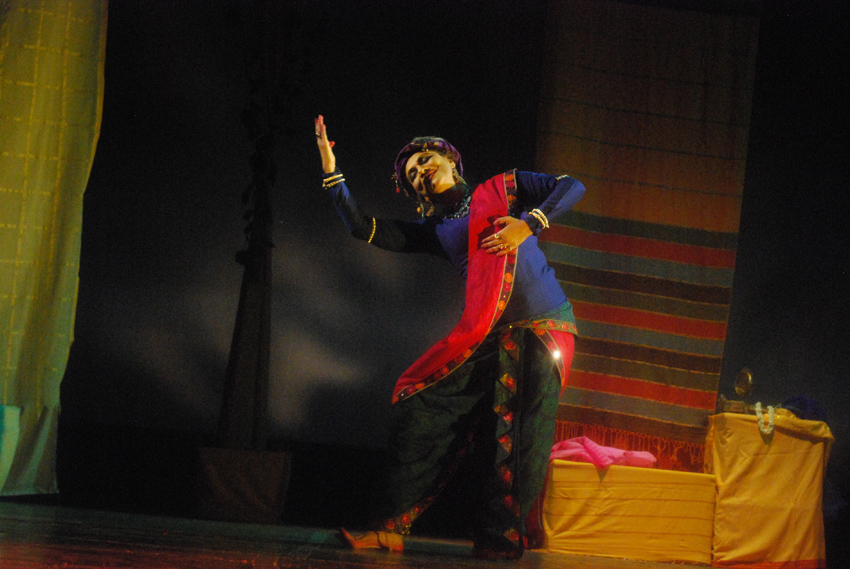 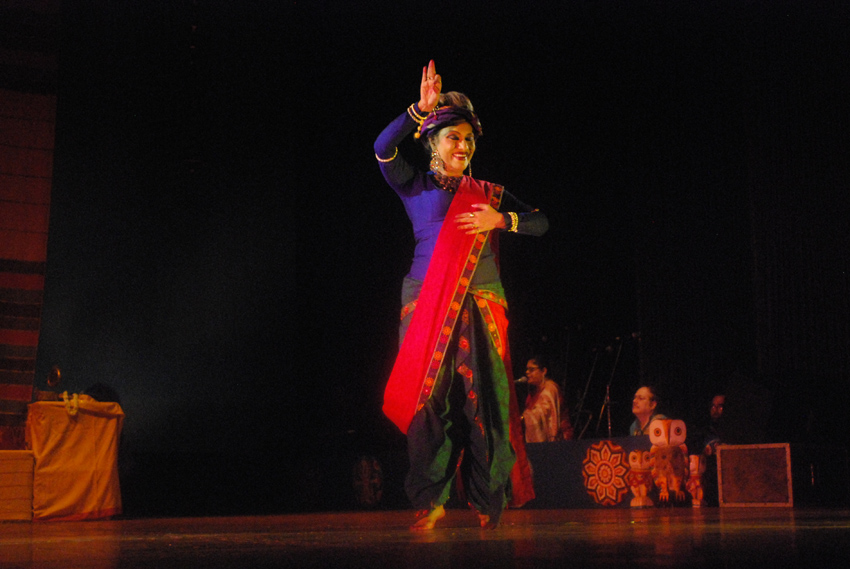 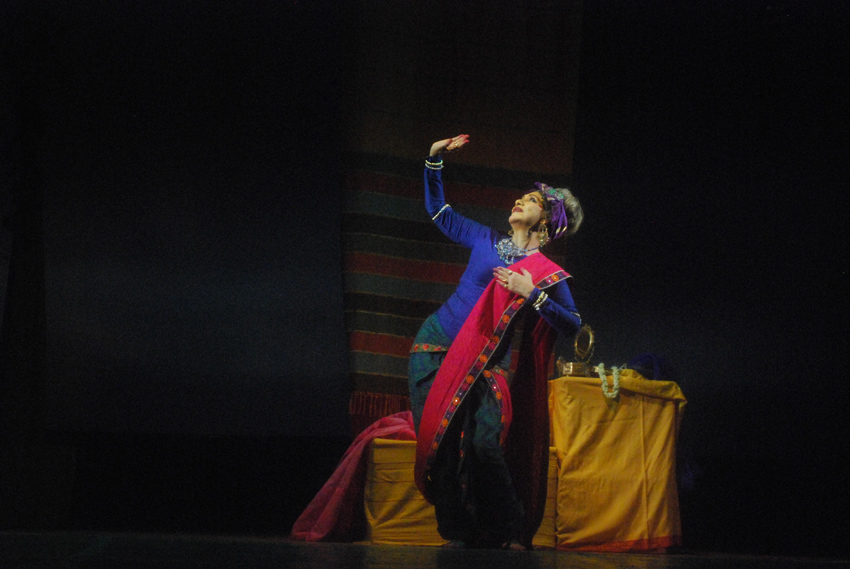 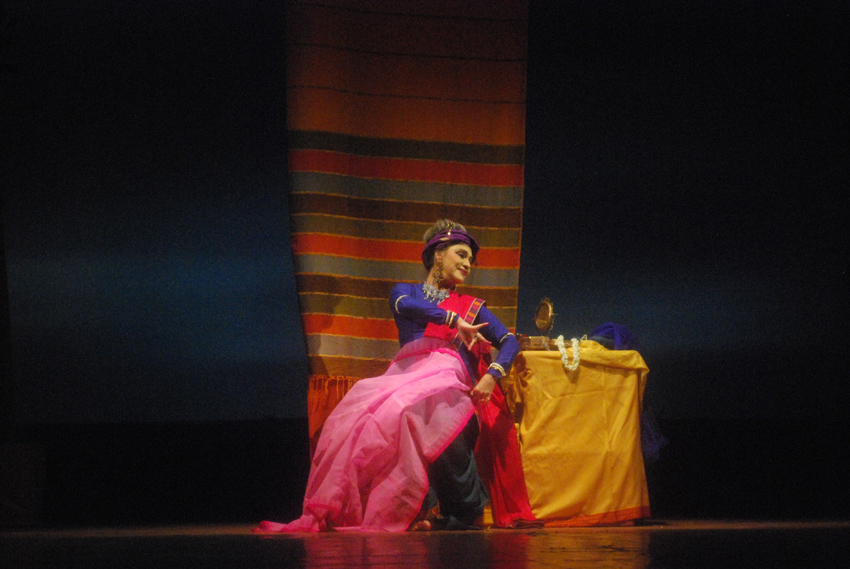 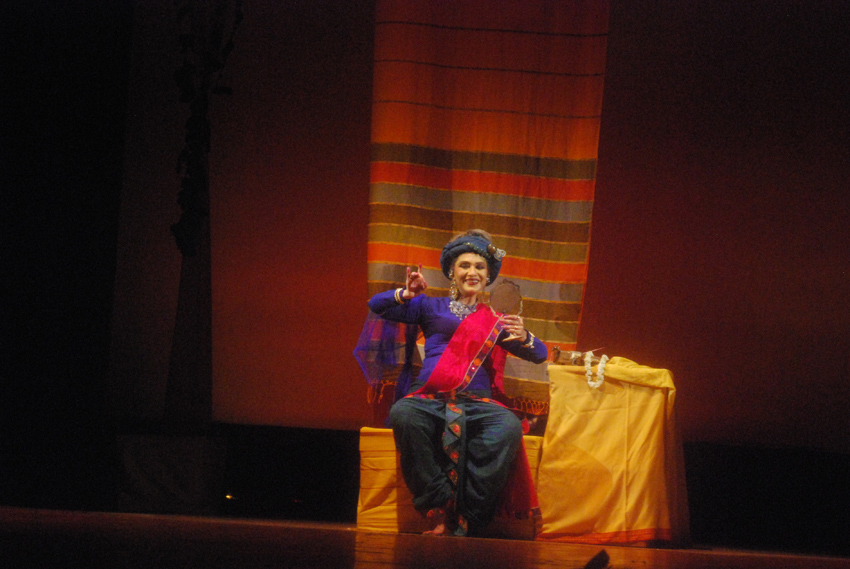 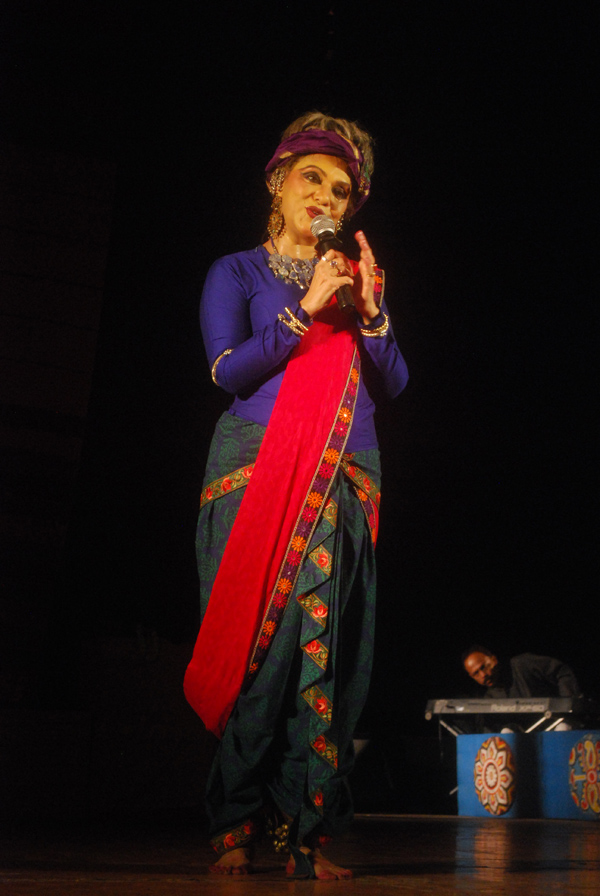