From A Calcutta Prison To The Classical Stage 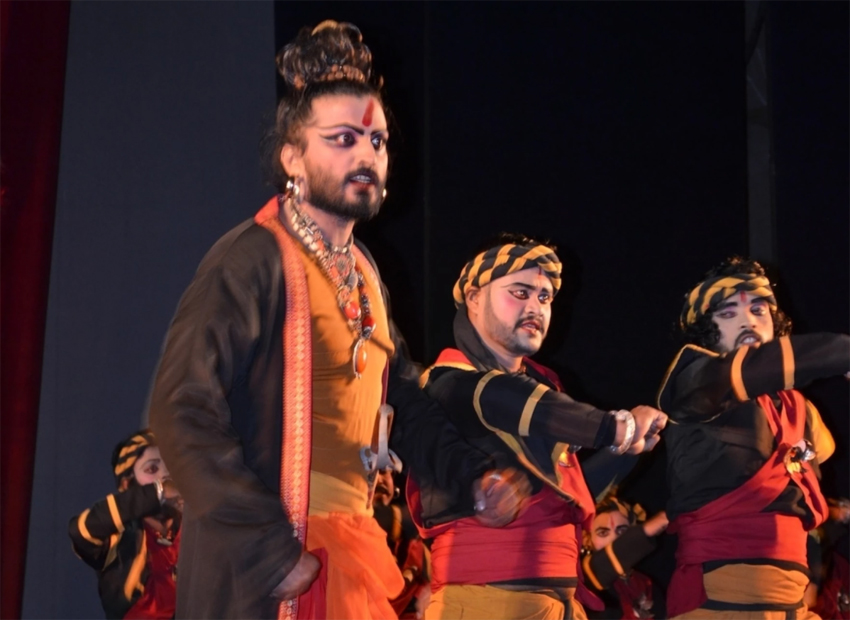 A new Indian feature film was inspired by a group of prisoners who formed a well-known classical dance company. Commentator Sandip Roy has the true story of a famous Indian dancer and the convicts she befriended.

Alokananda Roy walked into Calcutta’s Presidency Jail on International Women’s Day, 2007. The Indian classical dancer had been invited to watch female inmates perform, but it was the men who caught her eye.

“They shook me,” she says. “Their body language — it was as though they had no future, nothing to look forward to.”

Almost on a whim, she offered to teach them. Some of the convicts scoffed, like Nigel Akkara, who had been running with gangs since he was in school (coincidentally, my old school in Calcutta). Caught by the police while still in college, he was in jail for kidnapping, extortion and being an accessory to murder.

“My first reaction seeing her was that I thought that maybe this woman is, you know, she’s gone off her head,” Akkara says. “Because, otherwise, why’s she coming to the prison to teach 50 prisoners who are either rapists or murderers?”

But he kept watching from the sidelines and decided to give it a shot. He got more than a dance teacher.

“In the beginning, she was just Madam. But after eight months, she became Mother to everybody; she became Ma,” he says.

“When I saw them, I just felt that any one of them could have been my son,” says Roy. “All I did was I accepted them. The love came later.”

She taught the prisoners folk dances — how to jump and kick in unison, brandishing swords and twirling scarves.

When the troupe gave its first performance outside the jail, four guards accompanied Akkara. He remembers walking out onto the stage.

“So I looked around and, you know, I felt that, do I deserve this? And I started crying,” Akkara says. “From that day, there was no looking back.”

Since then, the troupe has performed a dance drama from 1881, Valmiki Pratibha, all over the country. Written by Nobel laureate Rabindranath Tagore, it’s about a fierce bandit in the forests of ancient India. A young girl who is captured by his gang for a human sacrifice melts his heart. She reveals herself to be the goddess of learning. Through her blessing, the bandit becomes the sage Valmiki, who then writes the Hindu epic the Ramayana.

Now this Sound-of-Music-in-prison story has inspired a Bengali feature film, Muktodhara ( The Flow of Freedom). A dancer comes into a prison, much as Roy did. And Akkara himself plays a convict whose life she turns around.

He’s been out of prison since 2009. But, he says, the gala premieres and standing ovations don’t mean it’s easy to find a second chance.

“People come up to me and tell me that, you know, I’ll give you a job, take my number,” he says. “And then I call them, they call me to their house and they tell me that, ‘You clean my doorstep, then go. Don’t come into the house.’ ”

So he started his own company giving ex-convicts jobs as cleaners, pest control technicians and even security guards.

Alokananda Roy says she always reminds cheering audiences that the concert is not the feel-good end of this story.

And then she softly sings a few lines about liberation.

Commentator Sandip Roy is the cultural editor of FirstPost.com in Calcutta, India.